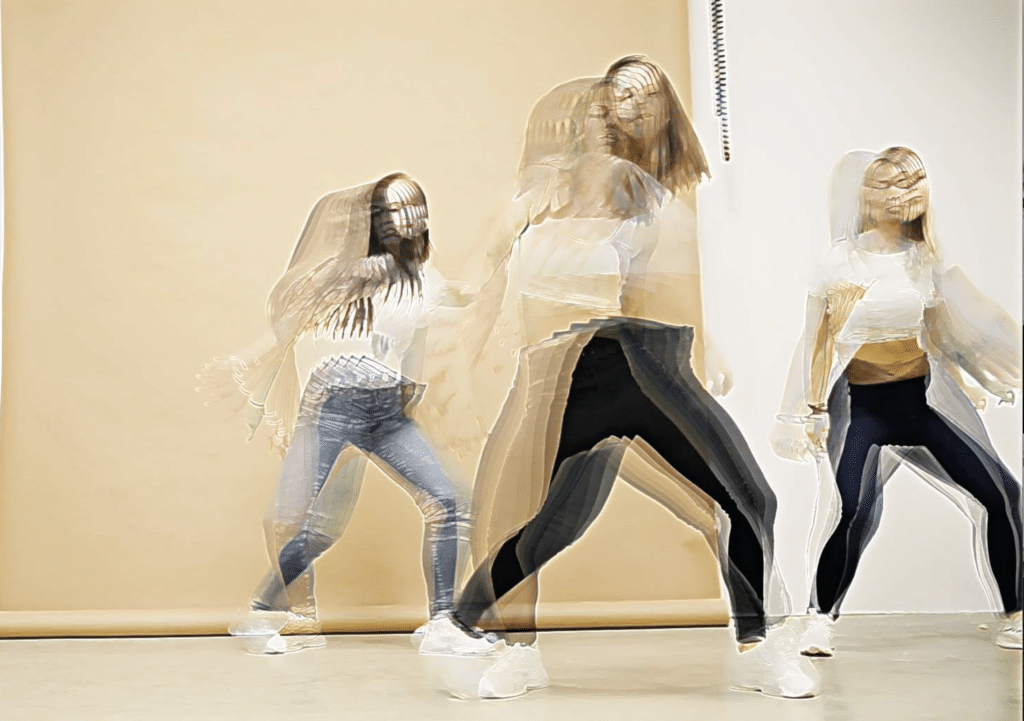 In this tutorial we’ll be exploring the use of Studio Artist Temporal Image Operations for processing movie files.  Temporal or time based image operations are effects that use multiple frames in a source movie to build each effected output frame. The example above is a single output frame that was generated using a temporal rank filter.

Studio Artist processes movie files with Paint Action Sequences (PASeq).  You can think of a PASeq as a script that details the series of processing steps that are need to produce a certain artistic effect. So any time you want to process a movie file you need to build a PASeq to implement the a particular processing effect you want to achieve.

Temporal means time based.  These new processing effects work with multiple video frames over time to implement their effects. For an introduction to temporal image operations check out this tip.

An introduction to temporal image operations can be found here.

Also, check out our training video on the Temporal Image Operations mode here

This tutorial has focused on using temporal image operations for processing movie files to generate movie file output. But temporal image operations are also great tools for 2D artists that allow you to generate static images derived from video sequences. You can do things like encapsulate motion in a video over time into a single static 2d image, or create panorama images from video pan sequences.