Building Tone in an Image 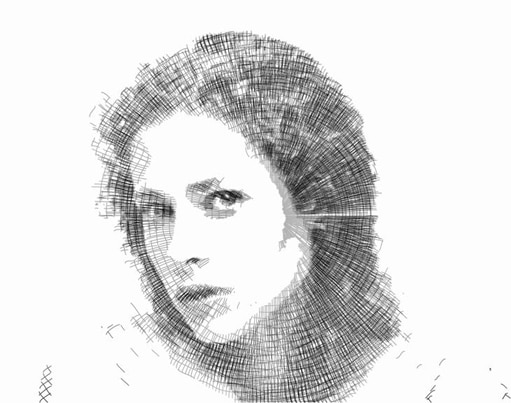 This tip is going to discuss some Studio Artist features useful for building up tone in an image. Tone or mass can be thought of as representing the visual weight of a sketch or artistic rendition and relates to building some kind of representation of the original source luminance in the artistic rendition of that source image.  In this tip we’ll be looking at paint synthesizer and image operation features that are useful for this topic.

Visual perception of imagery can be thought of in terms of different visual sensory modalities. People’s perception of visual imagery can be broken down into raw visual components like line or edge, tone or mass, color, movement, etc. We perceive these component aspects of visual imagery when we examine an image or painting.  And artistic representational techniques take advantage of this by how they work to represent (or ignore) these visual sensory components.

Many Studio Artist paint presets work by adding visual information to the working canvas. A simplistic view of this process is piling on paint strokes until some stopping point is reached. If the artistic goal is simply to build up an artistic representation by working with colored paint strokes that clone the original source image and completely fill the canvas then a user can ignore more advanced strategies for building tone and just let the paint synthesizer pile on paint strokes until a successful stopping point is reached.

But assume you are building a black and white sketch.  If one blindly piles on black paint strokes eventually the entire canvas will be filled with solid black. So for this kind of artistic image a more intelligent paint strategy must be programmed within the paint synthesizer so that the paint preset understands tone and tries to reproduce it within the black and white sketch.

There are various visual intelligence features in the paint synthesizer that can be turned on and will then work as an aid in reproducing tone in a sketch. This includes features in the path start, path end, and path application control panels. Some of these features are probabilistic in nature. Others are more intelligent and visually compare the original source mage with the existing working canvas to determine if adding a new paint stroke in a particular area of the canvas will lead to better or worse tone reproduction. The path start controls work to intelligently position paint paths to best reproduce source tone. The path end and path application controls work to stop drawing a particular paint path if it’s going to lead to bad source tone reproduction in a rendition.

Different attributes of a paint preset can also be modulated based on the original source luminance as an aid in reproducing tone or mass in a sketch. For example, the brush size can be modulated based on the source luminance so that larger brush sizes are used to reproduce dark tones while smaller brush sizes are used to reproduce lighter source tones. A similar kind of modulation can be used for the path length of paint strokes. These kinds of paint synthesizer programing can lead to paint presets that intelligently try to adjust how they draw to reproduce tone in an artistic rendition.

The Lum Range parameters can also be used to restrict path start locations to a specific range of source luminance values.

The Visual Error parameter provides a number of intelligent options that can be used to build tone rendition in a paint preset. White and black canvas lum error assume you will be starting with a white or black canvas. The last 2 options make no assumptions about the initial canvas state.  All of these options will end a path from drawing if they feel that continuing drawing would lead to incorrect tone reproduction.

There are also path end luminance range  options like those discussed for path start. The difference is that they end a path if the path leaves the retricted luminance range. 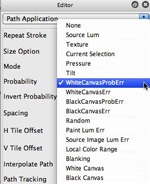 The Probability parameter in the Path Application control panel includes a number of different options that can be used to intelligently build tone. These include WhiteCanvasProbErr, WhiteCanvasErr, BlackCanvasProbErr, BlackCanvasErr, Paint Lum Err, and Source Image Lum Err. This probability control acts to drop out or restrict individual paint nibs from drawing based on it’s specific setting while an overall path is being painted. 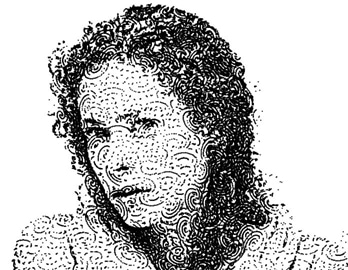 The tone mapped sketch image above was generated by auto-drawing with the Default : Auto Sketch : Visual Model2 paint preset. This preset uses a WhiteCanvasErr option for the Probability parameter in the Path Application control panel. It also uses a WhiteCanvasLumErr option for the Visual Error parameter in the Path End control panel. 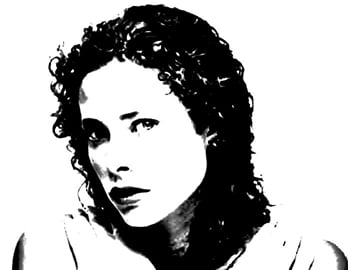 An alternative approach to building tone with the paint synthesizer is to preprocess the source image and then paint the modified source. The processing can act to accent certain tonal areas while suppressing others. 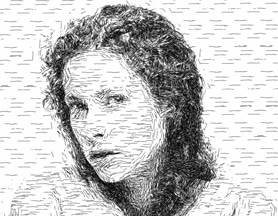 The background texture control panel of the paint synthesizer includes a very useful tool for building hatching patterns that are used to reproduce tone in a sketch. A movie background texture generates the background texture based on individual frames in a movie file. How the individual movie frames are indexed or accessed during drawing can be modulated based on various visual attributes.  These include the source image rgb or luminance values, which would mean that the movie frame that best reproduces a particular area of the source image would be used when drawing in that associated area of the canvas.

So, you can use movie pixel index background textures as a sophisticated technique to build customizable hatching patterns that accurately reproduce source luminance or tone for each pixel.  To do this, you build a stack of hatching patterns that reproduce tone for different luminance levels. The patterns should additively build to reproduce tone. Source luminance is then used to modulation the movie pixel indexing when drawing takes place.

Two examples of this approach to building intelligent hatching for tone reproduction in a sketch is shown above and below. This image was generated with the Circle Hatcher paint synthesizer preset which is located in the Default : General category. 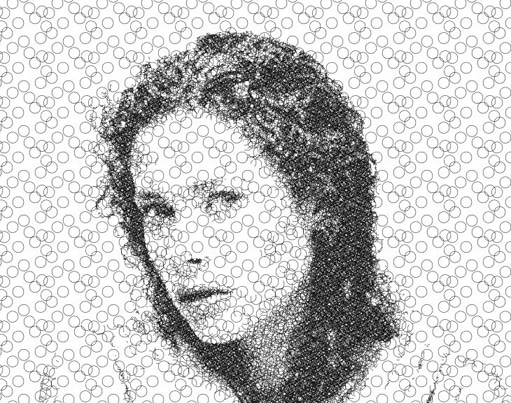 For more information on working with movie pixel indexed background textures check out this tutorial. 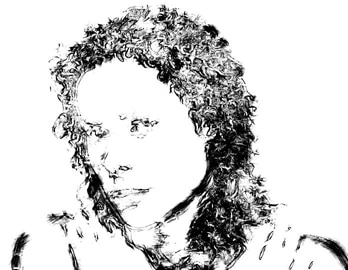 The Sketch Mass ip op is a new image operation effect in Studio Artist 4. This effect can be configured to create  a wide variety of different tone or mass sketch effects. There’s another Sketch Edge ip op that focuses of generating edge and feature sketches. Using the 2 effects together in a paint action sequence (PASeq) gives you the power to create an infinite variety of different sketch effects.

Both Sketch image operations can generate raster sketch images or they can generate a set of bezier paths to define a sketch. The generated bezier paths can then be used to drive the paint synthesizer leading to an even greater range of potential sketch styles.

The tone sketch examples at the beginning of this section and at the very top of this tip were created using the Sketch Mass ip op.

The Sketch Mass ip op is described in greater detail in this tip.

Generating bezier paths is described in greater detail in the tip.