Brush load capture is a new feature in Studio Artist 4 that allows you to capture a piece of the current draw canvas and then load it into a paint brush and use it as a paint nib coloring source.  This tip will discuss how to work with brush load capture in more detail.

The Studio Artist paint synthesizer contains an internal brush capture buffer that can be used to grab and store a piece of the current draw canvas.  The brush capture buffer is always the size of the current brush source buffer.  This size is specified in the Brush Source control panel. You can always use the b hot key while mousing down in the draw canvas to interactively resize the brush source buffer on the fly.

The screen snapshot below shows the cursor being positioned to capture a small area in the draw canvas between 2 existing paint strokes. I was holding down the a key when i clicked in this canvas area.

After being captured, the current brush load buffer contents will then be displayed at the bottom of the paint synthesizer Editor as show in the screen snapshot below.

This brush load capture preview only displays if you are working with a paint preset that is configured to use the  brushload capture buffer.  We’ll discuss how to turn on this particular paint synthesizer feature next. 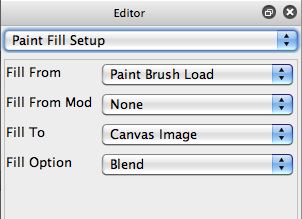 Note that the Fill From popup is set to use the output of the Paint Brush Load control panel. The next screensnap below shows the Paint Brush Load control panel configured to work with the brush load capture buffer. Note that the Source for the paint brush load module is set to BrushLoad Capture.  Turning on this particular source paint brush load source setting is what activates the brush load capture preview display at the bottom of the paint synthesizer editor discussed above. 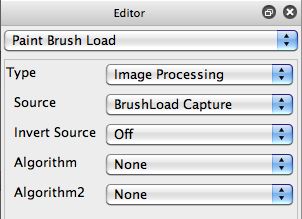 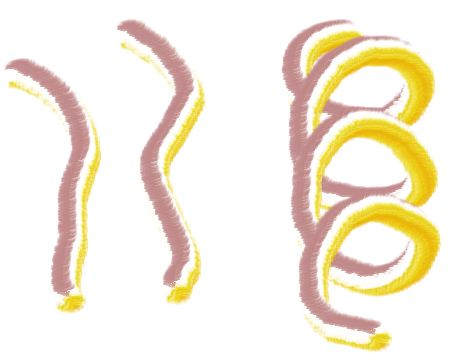 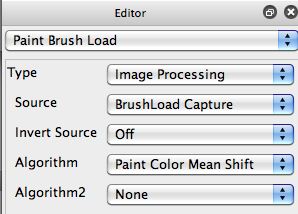 An example of some output derived from this simple editing change is shown below. 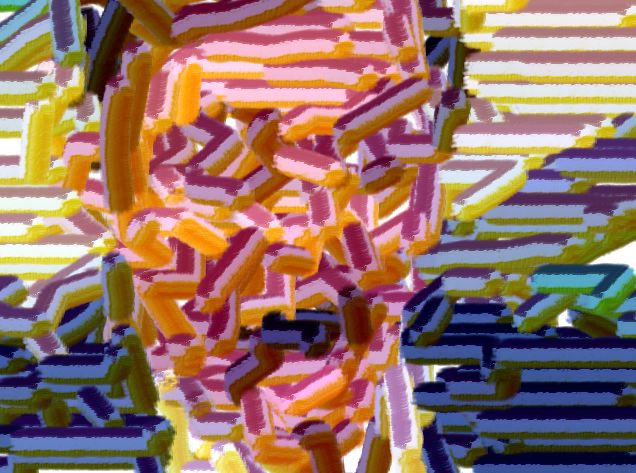 There’s a zip compressed folder on the Studio Artist User Forum with the 2 brush load capture paint presets we worked with above.  You can download those presets here.

If your goal is to paint with a fixed area of the source image as a brush load capture paint nib you can use the Paint Source Offset control panel in the paint synthesizer to do this directly. As opposed to dragging the source to the canvas and then capturing a brushload using the features described above.

In the Paint Source Offset control panel is a parameter called tracking.  Normally you would leave this set to  Start Point for normal painting.  But if you switch it to Fixed, hold down the t key, and then mouse down on an area in the source image, then the brush tracking will stick to the location you clicked (this is what Fixed tracking means).  So now if you have a normal source clone brush it will paint with the fixed source nib image you clicked on. 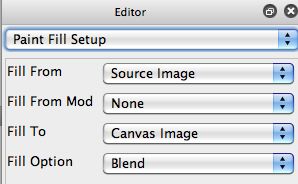